Disover the French Vexin and the forests of Chantilly and Compiègne during a one week trail ride.

Accommodation : Bed and breakfast and / or cottage in twin, double or multiple beds. Sheets and towels provided.

D’Artagnan is probably one of the most familiar of all French historical figures, known the world over thanks to his appearance in several novels, in particular those of Alexandre Dumas, as well as in several films that feature the character, who was famed for his panache, bravura and charm.

His image is also celebrated for embodying values of cooperation, solidarity, and the benefits of working in a group rather than alone. A skilled horseman, d’Artagnan, who was born in Lupiac in the Gers region of southern France and died at the siege of Maastricht, travelled across Europe on horseback in the service of Louis XIV. We are delighted to offer a trek covering part of his journey, exploring different landscapes on horseback as we ride across the Regional Park of the French Vexin, the Chantilly forest, the Halatte forest and the Compiègne forest. The trek begins at Marines and ends at Pierrefonds.

Day 2: Le Vexin / Marines – Château de Chambly in Ronquerolles. Breakfast at the hotel and transfer to Marines. Presentation of the horses and departure of the ride. We will evolve in the Regional Natural Park of French Vexin extending over the Val d’Oise and Yvelines regions. Recognized for the quality of its natural and architectural heritage, the French Vexin is classified “Regional Natural Park” since 1995. The hike will start from Marines, a small town dating from the Gallo-Roman era dominated by a castle built in 1520. At noon our support team will be waiting for us with a nice lunch in the form of a picnic. At the end of the afternoon we arrive in the domain of the castle of Chambly and install our horses in paddock in the equestrian center on the spot. Dinner on site in the restaurant of the equestrian center. Accommodation: Lodge in the field of the equestrian center of Château de Chambly.

Day 5: The Forest Halatte / Courteuil – Verberie. After a good breakfast we hit the road to discover the beautiful forest Halatte. With a surface area of ​​4,295 hectares, partly domanial, it is located in a forest area of ​​approximately 6,000 hectares. Former Capetian domain, it has long served as a royal hunting reserve. It is as rich in production of wood (oak and beech) as in game. It forms with the forest of Chantilly and the forest of Ermenonville, the massif of the Three Forests. Of the primary forest, there is probably nothing left, in fact, traces of human occupation are present from the Neolithic periods. Two main megalithic complexes are indeed reported on the territory of the forest: the menhirs of Indrolles and the dolmen of Chancy. Subsequently, several signs of occupation of the Gallo-Roman era were found in archaeological excavations, the best known being the Gallo-Roman temple found on the territory of the commune of Ognon east of the forest. According to the palynological analyzes carried out in the region, it seems that these buildings were originally located in open areas, in the middle of cultivated fields and simple hedges and woody groves. The clearings were probably already over the primary forest. The current forest massif probably dates back to late antiquity and the early Middle Ages. In the Halatte forest, more than 75 animal species and more than 40 herbaceous species have been recorded. Among them are rare and protected species, such as Limodorus Abortivum, Belladonna (Atropa belladonna) and False Buttercup anemone (Anemone ranunculoides) for plant species; the Woodpecker (Dendrocopos medius), the Black Woodpecker (Dryocopus martius), the Great Murin (Myotis myotis), the Red Deer (Cervus elaphus) and the Nimble Frog. In the evening, after a good dinner, we will sleep in bed and breakfast in Verberie; Our horses will be housed in an equestrian center next door.

Day 6: Compiègne / Verberie Forest – Pierrefonds Our last day on horseback takes place in Compiègne forest, a place steeped in equestrian history: royal hunting (deer, deer, wild boars), King’s stables, national stud, museum of the horse-drawn car, racecourse … The city of Compiègne was also the seat of many historical events. Charles the Bald, grandson of Charlemagne, made Compiegne his favorite residence and wanted to establish the capital of the empire, Carlopolis. Joan of Arc rescuing Compiègne was captured by the Anglo-Burgundians. The armistice of November 11, 1918 ending the First World War was signed there. Coco Chanel created the first riding jodhpur for women. Compiègne National Forest is the third largest forest in France and the largest forest in Picardy, with an area of ​​14,885 hectares and a perimeter of 92 km. It is delimited by the natural borders of the valleys of Aisne, Oise and Autumn. During our hike in the forest of Compiegne we discover sites full of history such as the Gallo-Roman ruins of Champlieu and the Ponds of Saint-Pierre and the pavilion of Empress Eugenie. The Château de Pierrefonds has characteristics of the defensive work of the Middle Ages. He was saved by Viollet-le-Duc in the nineteenth century. Empress Eugenie Maria de Montijo de Guzman, Countess of Teba, wife of Napoleon III, loved Pierrefonds a lot. In order not to be identified during her numerous travels, she presented herself under the pseudonym of “Countess of Pierrefonds” after the fall of the Empire. We will spend our last night in a guest house around a festive dinner. Accommodation: Bed and breakfast.

Day 7: Transfer to the airport Breakfast and transfer to CDG or Beauvais airport.

Detail of the services

> Horse rental, accommodation and food for the horse

> Full board. Lunch is prepared by the support team and taken as a picnic sitting at a table set with a tablecloth and crockery. Accommodation in hotel, guest house and in

> All transfers by minibus, including airport transfer The V.A.

The price does not include:

Rider’s equipment: Riding helmets are mandatory. Helmets and half chaps are available on request. We recommend that you bring at least 2 riding pants, boots or riding shoes and gloves.

Extra services can be booked against a surcharge (Must book at least 21 days before departure): Single room (subject to availability of our hosts) 250 € / person for 2 nights Small group supplement; If we have less than 4 registered participants we can either cancel the hike or maintain it by charging an additional 300 € per person. We will contact you then at least 21 days before the departure to propose you these two alternatives. 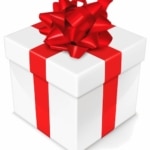 Each of our walks and treks requires a minimum level of equestrian experience. The following descriptions indicate the necessary level depending on the type of terrain, the temperament of the horses, the length of time spent on horseback and the physical capacity required.

We are happy to welcome riders who have never ridden before or have only a very little experience. We will introduce you to riding safely and controlling your horse on a walk. Depending on how you feel we may move on to a trot.

For intermediate riders who are comfortable at two gaits (walk, rising trot, beginning to canter) outdoors. The intermediate rider can saddle up, mount and dismount a horse without assistance, use basic techniques, go at a rising trot for at least 10 minutes, alter and control trotting speed. Some will be similarly comfortable cantering short distances.

For experienced riders who are comfortable at three gaits (walk, rising trot and canter) on a mixed outdoor terrain. Confirmed riders who ride regularly have a good seat and are confident of their own ability. They are able to control the speed of the horse and changes of direction at any pace and in any circumstance as necessary.

EXPERIENCED (Galop 5 and above)

For experienced riders who are comfortable at three gaits (walk, rising trot and gallop) on a mixed outdoor terrain and with all kinds of horses including those who are lively and reactive. Experienced riders are in good physical shape, have a good seat, and know how to handle a horse. They can gallop over long distances without growing exhausted.